A Snapshot Into Machine Vision and Artificial Intelligence

Recently I had the pleasure of going to two separate events hosted by the Association for Advancing Automation (A3), the most recent of which was The Vision Show in Boston. Down the road a bit from the Hynes Convention Center where the event is held is a small beer bar I typically stop at when in the area called Bukowski Tavern. The bar is named after famed poet and writer Charles Bukowski, who once said: “The nine-to-five is one of the greatest atrocities sprung upon mankind. You give your life away to a function that doesn’t interest you.”

I get the sentiment, to an extent. If all your energy is poured into work, what’s left for everyone else in your life, including yourself? However, I can’t really relate. We’re living in an era filled with fascinating advances in industrial automation, and I’m excited to be part of it.

From AI in Columbus to Vision in Boston

In just one day, I had the chance to listen to several fascinating presentations from folks at NVIDIA, Siemens, Neurala, Landing AI, Unity, FANUC America, READY Robotics, and Procter & Gamble at the first ever AI & Smart Automation Conference in Columbus, Ohio. There were some super interesting talks, including a panel discussion that dove into hype versus opportunity when it comes to AI making a difference in manufacturing and a really fun presentation from Danny Lange at Unity that covered the role of simulation and digital twins in AI. 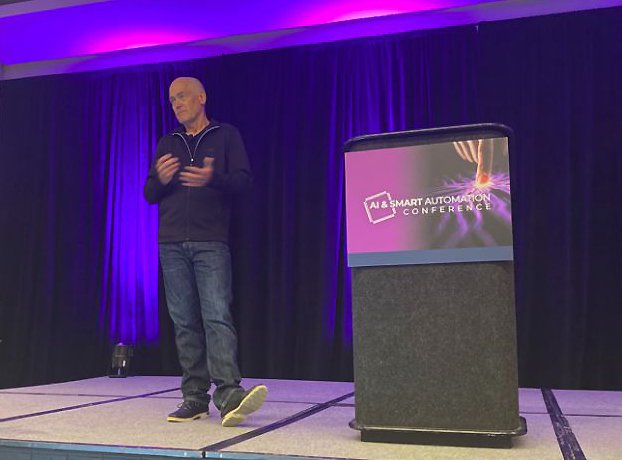 Unity's Danny Lange dives into the increasingly important role of simulation and digital twins at the AI and Smart Automation conference.

AI is playing an increasingly important role in manufacturing and automation, and the conference topics alone helped tell that story. Instead of talking about how AI or deep learning might apply to the factory, this conference covered topics such as AI ethics, developing an AI data strategy, and the role of AI in machine vision and robotics. I’m hoping this event or something similar comes back around next year because I’d love to see what story the conference topics down the road might tell.

Weeks later in Boston, the TECH B2B Marketing team ventured into Boston’s Back Bay for The Vision Show. It’s been four years since I last went to the show, but it felt like even longer. While the theme of AI in manufacturing certainly spilled over, these are obviously much different events. In Boston, I had the chance to talk to several people I haven’t seen in years while meeting a lot of new people too. I saw some great products and demos, from collaborative and autonomous mobile robots to 3D and hyperspectral imaging. I even embarrassed myself at the networking event where one too many bowling balls made their way into the gutter. For a while there, I was worried I might not hit a single pin, but my fortune reversed — even if just slightly. 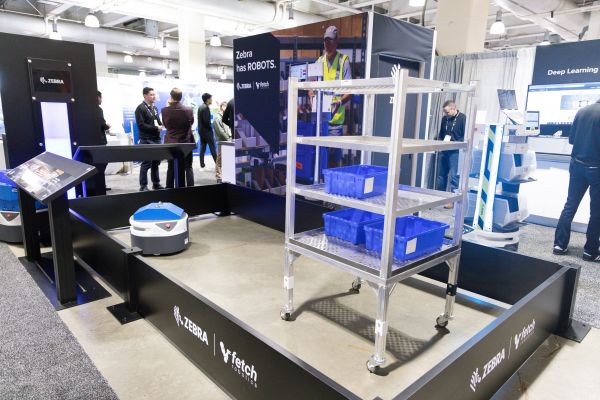 Still, it was a great time seeing everyone. We also had the chance to film several video interviews with key people from innovative companies including Edmund Optics, MVTec, IDS Imaging Development Systems, Locus Robotics, ifm efector, Mujin Corp, Xenics, Teledyne Imaging, Plus One Robotics, SICK, and the National Institute of Standards and Technology (NIST).

Overall, the feeling I came away with after reflecting on both events was that automation is more important and more exciting than ever, and the conversations we had at the show, both on the floor and on camera, certainly echoed that. The videos will be published as part of our “Manufacturing Matters” podcast series in the near future. We hope you have the chance to check them out, and we look forward to your feedback.

Bukowski’s sentiment may stem from the fact that he found his years of sorting letters at the U.S. Postal Service to be mundane and repetitive. (There’s a robot joke in here, by the way.) For me, there is nothing mundane or repetitive in what I’m fortunate enough to do for work and being at these events over the last several weeks helped reaffirm that.